A short film about Van Gogh and three books

“From early on, Van Gogh had been fascinated by books. Before he became an artist he preferred reading to art…” ~Louis van Tilborgh, Van Gogh Museum 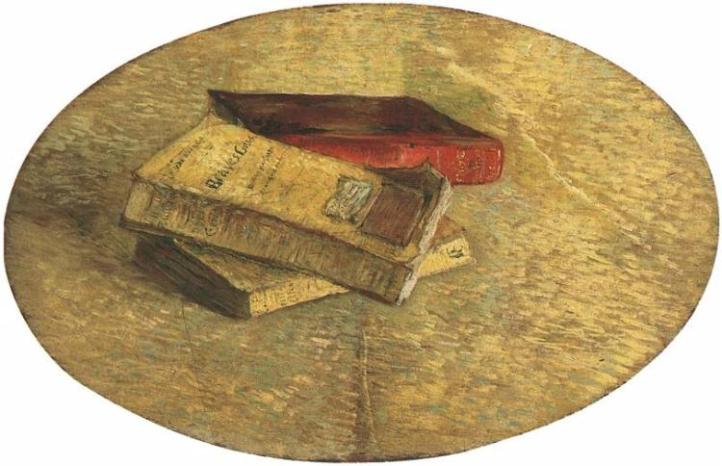 Van Gogh’s Three Novels is interesting for many reasons: it is believed to have been painted during a very melancholy time, and it is considered unique for its shape, subject and style. According to the Van Gogh Museum:

“Van Gogh painted this still life on the oval lid of a Japanese tea box. With some difficulty, the titles of the books can be discerned: Braves gens by Jean Richepin, Au bonheur des dames by Emile Zola and La fille Elisa by Edmond de Goncourt, all three of them contemporary Naturalist novels. Van Gogh was a great reader, of books in Dutch, German, English and French. He was particularly influenced by the French Naturalists. As he wrote to his sister Wil, ‘they paint life as we ourselves feel it, thereby fulfilling the need we have for people to tell us the truth.’“

You can read more about Van Gogh and books at my last blog post.