The Monkey in the Rocket (and a bit about Stephen Colbert)

“The Monkey in the Rocket” written by Jean Bethell, illustrated by Sergio Leone, published by Wonder Books, 1962

The back story: This book a reminder that animals, not humans, were the first to go space. The Monkey in the Rocket closely resembles the real life story of the American space chimp “Ham” who was sent into space by NASA in 1961. 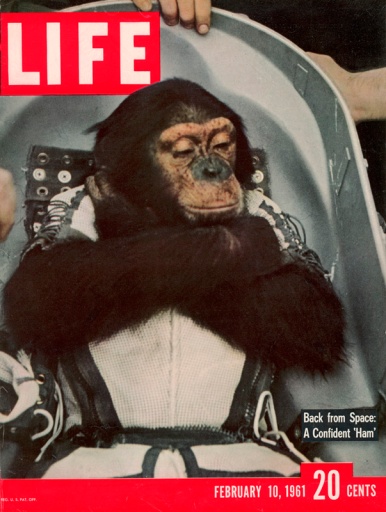 Summary: The Monkey in the Rocket tells the story of two adorable space chimps–Sam and Bam–who live not in the jungle, but at Blue Sky Base where they are training to be the first monkey’s in space. Who will be chosen to go space?

After many tests conducted by the kindly Dr. Bob, Sam is chosen to go up in the rocket. 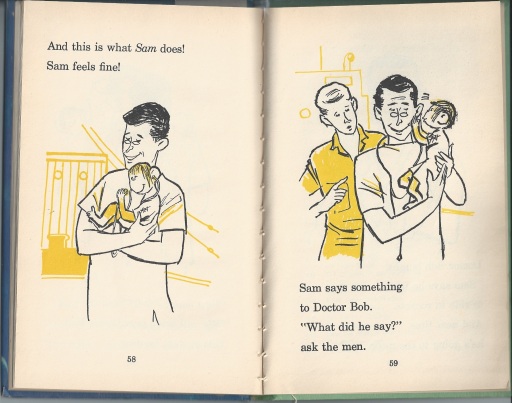 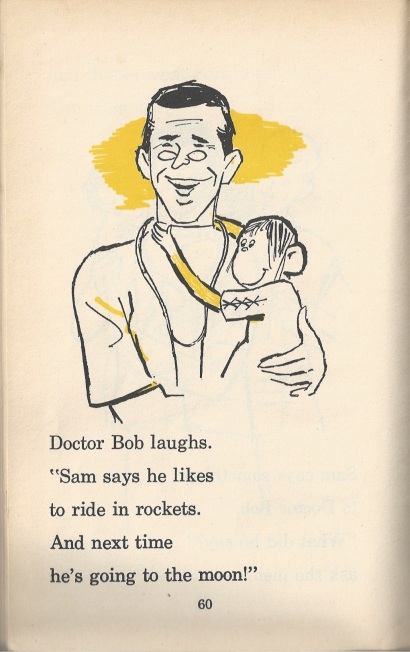 Reality check: No doubt this book ignited the imagination of many children in the 1960’s. And it’s still a fun read. For the 21st century child, it gives a good history of the early days of space travel and shows the important (indeed crucial) role that animals played in the space race.

Astronaut Buzz Aldrin recognized “the enormous debt we owe the space chimpanzees. They, and their descendants, have served us in so many ways–initially as substitute humans is space research. Now it is time to repay this debt by giving these veterans the peaceful and permanent retirement they deserve.” (source: Space Chimps)

Reflecting its age, the book paints an unrealistically rosy picture of the lives of space monkeys. Sadly, unlike Sam, many did not survive the trip. Even if they did survive, they suffered illness and other obstacles.

Every time I read this book, I wonder if it was written (in part) to sell the idea of sending monkeys to space: Can you say “propaganda” boys and girls?

And what does this have to do with American comedian Stephen Colbert? Take a look … does anyone else think he looks exactly like Dr. Bob? The resemblance is uncanny!

Strange but true: The “COLBERT” is a treadmill used on the International Space Station, the only piece of NASA engineered equipment in space that is named after a living human being.