We are a nation of readers: in 2015, we bought 52 million books, amounting to more than $983 million sales. We’ve embraced electronic but still prefer paper (source: booknet).

We have an annual battle of the books called “Canada Reads”, which is hosted by CBC radio every year. We even worry that we are not reading enough.

Where, why, how do we read? Look no further than Library and Archives Canada. I’ve been exploring their digital image collection for years–and what I’ve found is a wealth of historical images of people reading.

Here’s what I found: First peoples’ and fur trappers, settlers and soldiers, country and city dwellers. If we’re at war, if we’re in a remote region, if we’re building a city, if we’re out in the woods or going to bed–we bring along something to read.

Mostly, we read to educate or entertain, sometimes for propaganda (to attract settlers and immigrants, for example) and, tragically, for assimilation (Indigenous people in Canada are working to reclaim their languages).

I’ve selected some of my favourites, and in the process, it has resulted in a visual tour of Canadian history over the last century. We may not agree on everything, but we are a country united–by geography, by history, by “hope and hard work”, and by books!

We read at home.

We read in monasteries.

We read in bed.

We read in tents.

We read by lamplight.

We read in the snow.

We read on moose antlers.

We read at war.

We read at the library.

We read at mobile libraries. 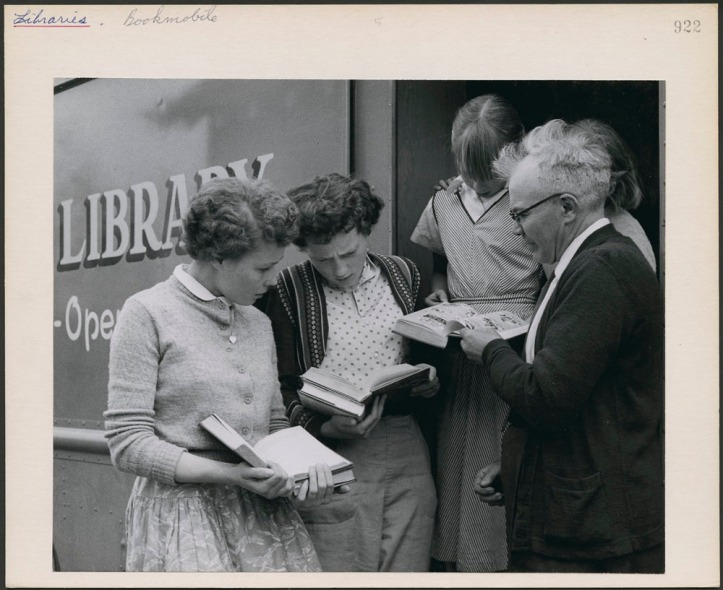 We read at school.

We read in the country.

We read in small towns.

We read in the city.

And thank you for reading.

Unless otherwise noted, source for all photographs: Library and Archives Canada

The Hill We Climb: The rise of neurodiversity