Summer vacation: the good, the bad and the ugly 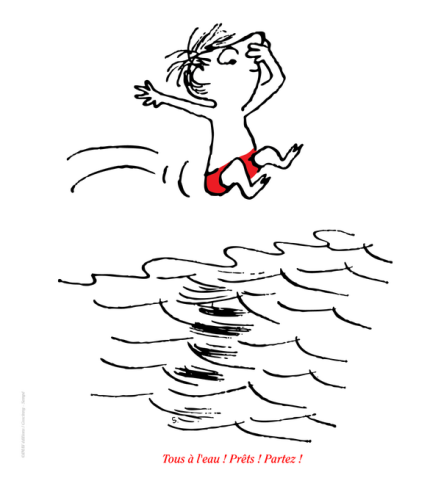 Summer vacation. In Canada, that means eight long weeks during which children escape from the daily grind of school…and spend lots of quality time with their parents.

So far this summer, we’ve taken our daughter to every park in town, signed her up for day camps, organized playdates with school buddies, helped set-up elaborate lemonade stands, and watched lots of animated movies. We’ve had many fun-filled days at the cottage, and we’re soon to embark on that great Canadian tradition: the summer road trip.

Yup, we’re having a great summer.

But let’s be honest here: When you have children, summer vacation is a mixed blessing. It’s never quite as perfect as you’d hoped or planned. I mean how many My Little Pony movies can an adult watch? And why does it always rain when you go camping?

Now let’s look at it from the child’s point-of-view: there are stormy days stuck indoors with crabby parents, itchy bug bites and poison ivy and the boredom of “nothing to do”.

Then there is the inevitable longing for absent friends—a heart-break that hits hard midway through summer vacation, and something our daughter has expressed with the tragic sentiment of a Jane Austen novel.

“I was very glad to be home again, but the gang I met on vacation weren’t there and my gang from school were still on vacation and I was all alone, and it wasn’t fair, and I started to cry.” ~from Nicholas on Vacation

If you’re living the highs and lows of summer vacation (or remembering your own childhood)—then I’ve got the book for you:

Title: Nicholas on Vacation
Author: René Goscinny
Illustrator: Jean-Jacques Sempé
Translator: Anthea Bell
Publisher: Phaidon Press Inc., 1962
Summary: Third in the Petit Nicolas (Little Nicholas) series, Nicholas on Vacation is collection of stories about an energetic little boy and his summer holiday. First, a trip to the beach with his parents (where it rains, and dad gets seasick) and then by himself to summer camp. Nicholas and friends always manage to have fun when they get together on vacation. Their parents? Not so much.
Target Audience: To be read by (and to) all ages.

Nicholas and his band of merry friends are featured in the popular 1950’s/60’s French children’s series Petit Nicolas.

The stories, written by author René Goscinny, are told by Nicholas himself, and like most children, he feels completely misunderstood by adults.

When Nicholas goes on vacation, he just wants to have fun (it is holiday time after all!). His parents just want a little a peace and quiet.

For Nicholas’ dad, the day at the beach starts like this:

But very soon, he is doing this:

And this (mini-putt that leads to much mayhem): 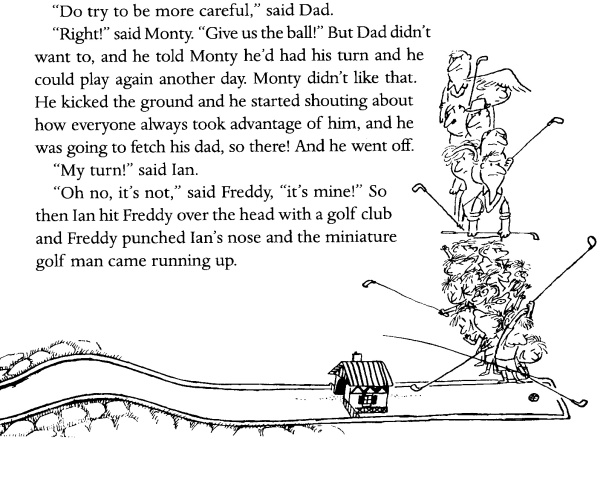 And then there are the rainy days when everyone is shut inside the hotel. The kids are having fun, so why are their parents are on edge?

“The trouble is when it rains the grown-ups can’t seem to stand us; we get on their nerves and there’s a lot of fuss.”

Next summer, Nicholas goes to camp by himself. His parents worry he will be lonely. Nicholas loves every minute of it (especially the food fight). 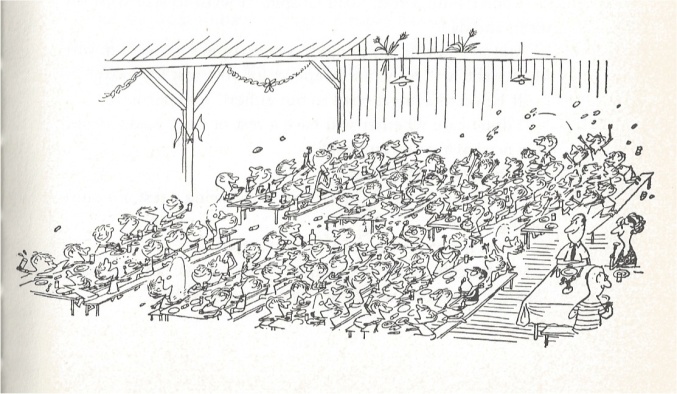 Ironically, Nicholas’ parents miss him more than he misses them. Isn’t that the truth?

We read this book to our daughter last summer. She was seven. We (the adults) laughed until our sides hurt. We could see the folly in our adult foibles. But our daughter reacted differently: she could relate to the kids. It wasn’t funny to her. It was a truthful telling of her life of a child. It’s fun to be a kid, but certainly not funny.

For me, there is no book that captures the spirit of childhood—from the child’s perspective—better than the Little Nicholas series. Similar to Roald Dahl, but without the bitter aftertaste.

You can get your hands on the Nicholas books at most libraries and bookstores. We found our two editions for a buck or two at second-hand stores.

You can also see the film adaptation of Nicholas on Vacation, which is out this summer (in French):

Here’s hoping it comes out with English subtitles as did the first Petit Nicolas movie, which was released in 2009.

And here’s to food fights, digging holes in the sand for no reason, eating ice cream for breakfast, and staying up late.